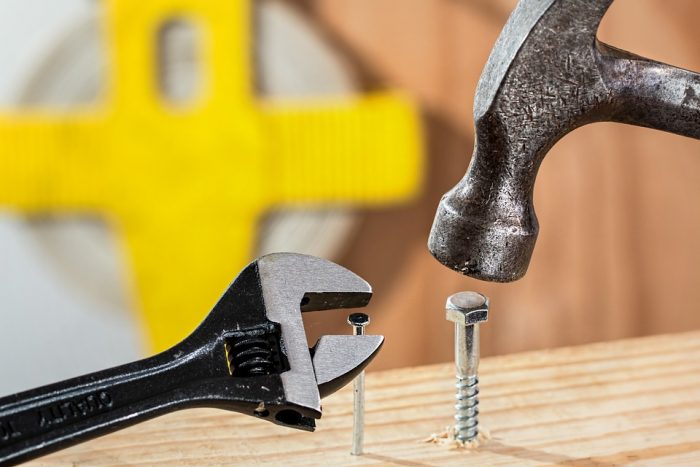 If a newbie would ask me for the most important thing to know about language learning, I would say it is the difference between learning and acquisition.

You will probably already have had the experience that native speakers can’t explain the grammar rules they use. This is a nice example for the fact that: “You do not have to know grammar to obey grammar” (Barry Farber). If you already learned a foreign language, you will also be aware of another fact: that theoretical knowledge of grammar rules doesn’t make you capable of talking or understanding spoken language. How is this possible? Why does this happen? and more importantly: what should we do about it? The distinction between learning and acquisition is part of a linguistic theory developed in the 70s by Stephen Krashen – The Input Hypothesis – and affirms that we develop language skills on two different levels with two different modalities, which are not directly, but only indirectly, related to each other.

Learning is a conscious process and consists in apprehension of grammar rules and vocabulary lists. Acquisition, on the other hand, is the unconscious process of developing practical language skills.

Based on what we learned we will be able to analyse a text, check it for grammatical correctness and eventually explain where and why it is wrong. The theoretical knowledge of grammar also allows us to compose new sentences, of course, but it is a long and strenuous task, similar to doing complex math exercises. The skills we acquired, on the other hand, feel totally the opposite: we don’t even notice that we are using them, they just work and therefore allow us to talk and understand. The most perfect example is your native tongue: when you listen to it, you don’t hear single words but directly perceive meaning. Perfect acquisition means that you can forget that you are talking a language: your thoughts, your mouth and your ears work in perfect and unconscious coordination.

The difference between learning and acquisition corresponds to two main cognitive modalities, which can be found in most human activities and don’t only apply to the domain of languages. Driving a car or playing an instrument are both good examples: at first you have to remember all the movements and actively think about the task, with very poor results… later on, you develop an instinctive feeling for it, which delivers good results, but as soon as you actively start thinking about it,  you start making mistakes again.

From what we just said, we could jump to the conclusion that learning is useless and that at the end of the day we only want to acquire skills, because these are effective in practice. This is partially true and it is the reasons why most native speakers don’t study the grammar of their own language: they don’t need it. But the situation changes if you are learning a foreign language as an adult!

In the Input Theory we mentioned above, the main function of the consciously learned mechanisms is called monitoring. It means to surveil language use and check if it is consistent with the rules we learned. This is extremely useful for an adult who is practicing a foreign language!

There are two aspects we shouldn’t forget though:
1. monitoring is timely and cognitively expensive
2. it can become a bad habit

The fact that monitoring requires time means that we shouldn’t try to do it in situations where we can’t reduce speed: for example during a conversation or while we are listening to a speech we can’t pause. The cognitive fatigue caused by this conscious reflection of language should be attentively considered when we plan our training: we shouldn’t read a text, which requires constant monitoring, for longer than 30 minutes, as our mind would get depleted and wouldn’t work properly anymore. In one sentence: when you need to monitor, then take your time and make your pauses!

How can monitoring turn into a bad habit? In short: if you overdo it and don’t learn how to switch it off, it could heavily affect your language skills! The two most common symptoms of this training mistake are the incapability of talking without thinking about grammar and the permanent doubt that what we are saying could be wrong. To avoid such mistakes and their bad consequences, ask your language tutor, who will give you the right advices and exercises in return.

Now I’ll give you some practical tips for how to train learning and acquisition in a proficient and harmonious way.

1) Learning and acquisition must be balanced A very common mistake is to focus on one aspect and neglect the other. If you learned languages in public schools, then you will probably have experienced an excess of learning: many rules, too much exceptions and rare opportunities to practice.

The opposite mistake is made by those who believe in “full-immersion”. They think that maximal exposure to the foreign language will grant the best results. They are wrong.

The golden rule goes: you shouldn’t learn more than what you can practice, but never go more than a week without learning something new.

2) Learning and acquisition follow different paths and must be coordinated I will start with an example. 99% of all English teachers will teach new students the present simple (I do, you do, he does…) and want them to use it correctly before they proceed with new knowledge. This is done despite the scientific evidence that people learn to add the “-s” to the third person (he does) only after months of practice, no matter how good they know it in theory. The same mistake is repeated in every domain of grammar (for example, irregular plurals or verb paradigms).

What should be done, to make the training effective, is to understand the natural order of acquisition of language skills and plan the learning units consequently.

Learning and acquisition also proceed at different paces. You can force yourself to learn a huge amount of German grammar in a week, but you will acquire only a small portion of it in that time span. You should therefore accept the physiological speed of acquisition and learn how to increase it as much as possible.

The golden rule: consider acquisition as if it were a bodily process, like muscle growth. You can’t force it, but you can learn how to cultivate it properly.

3) After every monitoring you must reinforce acquisition This is a little practical tip, but it has a paramount importance.

Maybe it already happened to you, that you developed “recurrent mistakes” in a language. When it happens, it’s really frustrating because it takes us just a second to notice and correct it, but we nevertheless repeat the same mistake again and again. Then we start feeling stupid: “I know it’s a mistake! I know the right form! Why do I keep saying it wrong?!?”

The reason is simple: you learned it, but you neglected the acquisition.

What can you do about it? If you understand how your subconscious acquisition works, then the answer is easy: you just have to rehearse the right expression more than the mistake!

For example you always say something like: “Warum ich krank bin.” instead of “Weil ich krank bin.” (“because I am sick”). The next time you make the mistake, just repeat three to five times the right sentence. (Use the same tone and body posture you would have in a real situation while doing it).

4) Train what you already know The “learning mind” focuses on unknown words and rules, or on the mistakes we make. It has no direct interest in what we already “know” and is not challenged by a sentence we are sure is right.

If we identify exclusively with the learning mind, we will completely neglect the exercises which are more acquisition oriented.

Most students would read a text and as soon as they “understood” it, they would jump to the next one. They firmly believe, that this is the fastest way to progress in German. But they are wrong.

If you worked on a text, deciphered the grammar and learned the vocabulary, then it just became a useful resource. However, the acquisition training with that same text has still to begin. You should read the text again, then listen to it, then read it out loud, learn some sentences by heart, and listen to it again after some days, and again after a week. Only then you are done with that text.

What I just described is a form of training, which our “learning mind” doesn’t understand and will probably find boring at first. You subconscious mind, on the other hand, will feast on those exercises and your actual skills will benefit tremendously from it.

I hope this knowledge will help you with German or any other language you are learning. If you liked the post, please share it with your friends and colleagues. And of course: if you need a tutor, give me a call.

2 thoughts on “Learning and acquisition”